I am a student body senator for Florida Gulf Coast University, let me share with you my perspective on a historic moment in our Student Government. I represent the students of the College of Arts & Sciences as a history major in a student-run Senate made up of roughly 40 senators. We meet every Tuesday night to discuss issues on campus, vote on bills to allocate funds, amongst other things. In the one place where one’s freedom of speech should be encouraged, I was reminded that freedom of speech only works for one side.

A bill was proposed to allocate funds to the Black Student Alliance club for their melanin week, an important annual event-filled week for the club. During the discussion, a respected senator stood up and asked a question. He’s known for asking tasking questions, which I greatly appreciate, as we are supposed to question bills, appointments, and more. The senator expressed his concerns of the bill description. He found terms such as “black excellence” to imply black superiority, and suggested a possible rephrasing of this one line, saying he believes that all races should be treated and held to the same level of excellence. Oh, the controversy this factual statement started!

Discussion and fellow senators feeling that they needed to leave the room followed. Others expressed their disagreement, and honestly misunderstanding of what was said. The senator who made the remarks intelligently tried to clear up this confusion in the chamber; however, he was not given the opportunity. The following week had talks of impeachment and removing the him from his role because of his “racist” and “disgusting” comments. Student Government and numerous other FGCU clubs, organizations, and bodies put out statements all over social media to denounce what the senator said. The sad part is, most of these organizations did not even know what was said at this point. The mere misunderstanding and belief that all races should be recognized for their accomplishments equally is apparently enough to start the impeachment process for a senator the following week.

In the next Senate session, we received 40 plus minutes of public comment calling all of Student Government racist. The senator who made the remarks was avoided as many times as possible to be able to speak. Towards the end, when he was finally given the chance to speak, other senators mocked him, shook their heads at him, and treated him as subhuman, as a few people hinted at in public comment! I was utterly appalled! It took everything I had to not be jaw-dropped in this situation.

Numerous people came on for public comment to insult this senator and say, no scream, truly spiteful and hateful comments directed at him. Let’s consider this, the senator missed that the term “black excellence” was a commonly used term and believes all races are equal. Period. End of story! From my perspective, this is all that happened. Let me leave this part of the story with this thought for all of you highly intelligent readers. If a bill came up tomorrow that said it was to help “promote white excellence” would we hear the end of how this is promoting white superiority? Never. What few people fail to realize is that racism is NOT a one-way street. Most black people I know who truly fight for their heritage want to truly move on and live out equality, not superiority. Anyone who expects to be treated better because of the color of their skin is truly racist.

While I am on this tangent, the word racist is a serious term that should not be taken lightly. In today’s world, the term “racist” is used lightly all too often to shut people up in conversation. I want to encourage you to take this term seriously, to know its meaning, and to not be silenced when it is used out of context. Many of my conservative-minded friends were silenced when the term “racist” was thrown out, but this was the intention of the other side. To my fellow young conservatives, if you are not going to fight for your right to speak, then who will? If you won’t take a leap of faith to preserve your ethics, do you actually have those ethics? Choosing to be a sheep and go with the herd is all too easy in today’s society. Being ethical and staying faithful to your beliefs are where true leaders are found, not in following the herd in better hopes of getting reelected for another term. Just sayin’.

The time came to vote on simple matters concerning an impeachment committee and whether it should be formed. At recess, many senators who I know ethically sided with the senator expressed their feelings to me. But when it came time to vote, all but one other person and myself voted to save their image. I know that the majority of that room did not want this senator impeached, but my similarly conservatively valued senators voted against their beliefs. I have to say this was one of the saddest parts of the night and the entire situation. The silent majority became silenced by their own fear of reputation; in particular, not being reappointed to Senate in the Fall term if they had voted in the senator’s favor (from my point of view).

I am proud to say that I voted with my ethics and values. I took those in consideration with the FGCU Constitution I had sworn on when I was appointed to Senate. The proper thing to do was to uphold his freedom of speech. Even if I did not agree with what was said, I would have fought for free speech. It comes back to the old saying that I base my decisions in, “I may not agree with what you say, but I will fight to my death for your right to say it”. We are, in fact, in the United States of America, right? Or did I miss something here? Silencing ANY voice is incorrect and just downright unconstitutional. But again, when have socialists tried to uphold constitutional values?

As the impeachment process persists nearly three weeks later, I figured it was time to share this story that deserves to be heard. Not only are voices like this being silenced at Florida Gulf Coast University, but they are being silenced all across the country, particularly in my age group. The radicals assume that if they can capture the young people in the university system, they can have a one-sided speechless, thoughtless, and mundane society of what I like to call “sheep”. To all of my young conservatives, be careful of being silenced. Odds are you will not be popular in particular groups, yes. But will you excel in others, absolutely. Opportunities will open up that you never thought possible. What this all comes back to however, is preserving your ethics and voice when it seems like everyone is against you.

First, remember that you are not alone, you are a part of the silent majority that needs to become more vocal. Second, if you have to compromise your own morals for a position, it’s likely not worth it anyways! Don’t let your voice be silenced, no matter which way you lean—conservative or liberal, peanut butter and jelly or turkey and cheese, I don’t care! Do not be silenced. As an American we have a right, more like a duty to our freedom of speak. Lastly, all races should be treated equally. I do not care if you’re black, white, yellow, purple, blue, or teal. We are all flawed human beings who have been created equally under God and should be treated as such.

I hope my fellow senators liked my article, I am okay with not being reappointed as a senator in the fall term for upholding my right to free speech, thank you very much.

Florida’s Voice is a patriotic news network that you can trust to deliver the truth with no hidden agenda. Founder and Editor in Chief Brendon Leslie left his job in mainstream news to practice journalism as it should be, unbiased and unbossed. 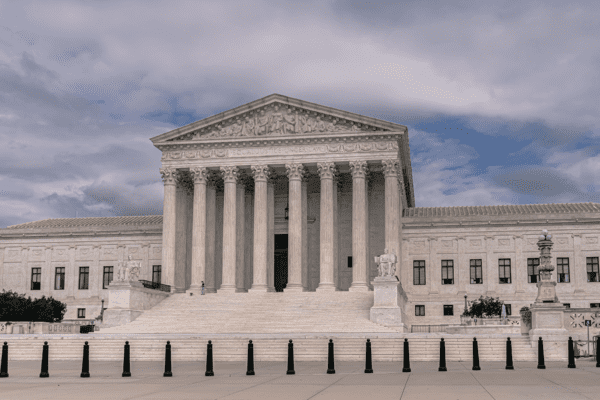 Member of DeSantis’ Office Slams Hillary Clinton for Tarnishing Clarence Thomas: ‘He Loves this Country and the People in it’